In october we started recording our new album Storyteller at Studio De Generator in Amsterdam.
Photo’s by Maarten Mooijman. 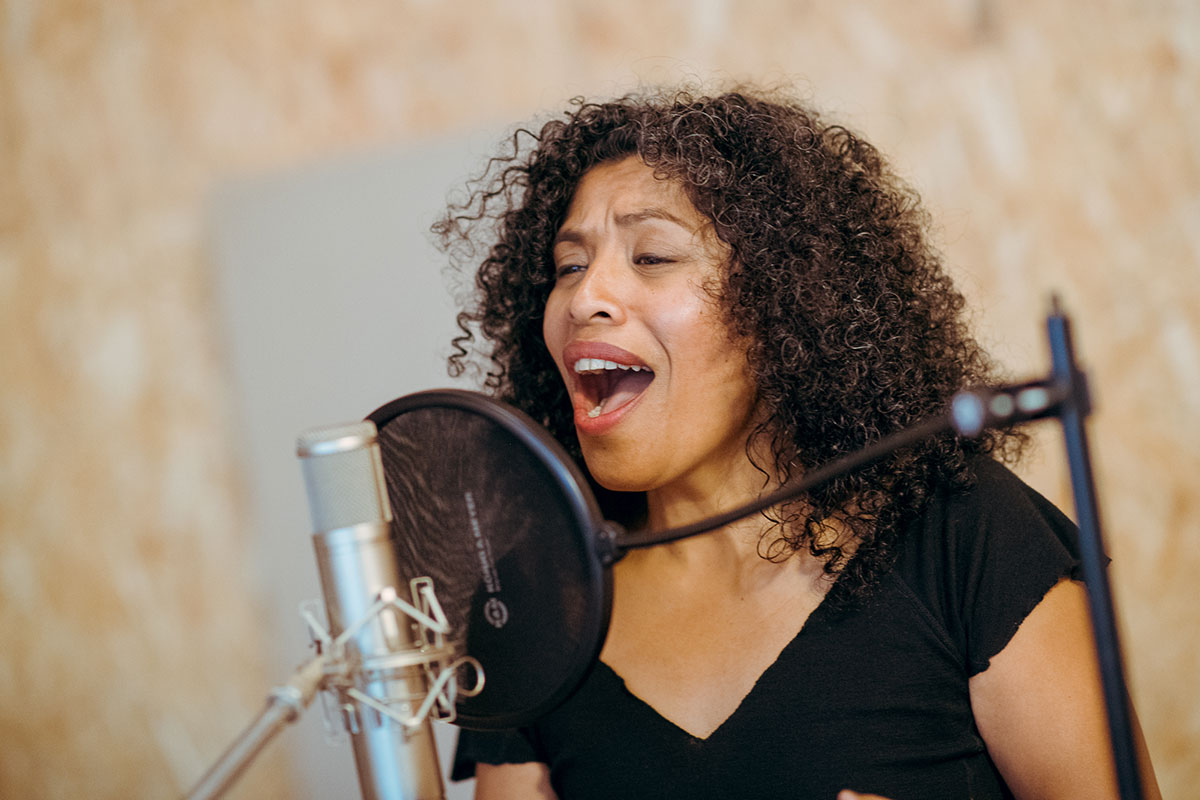 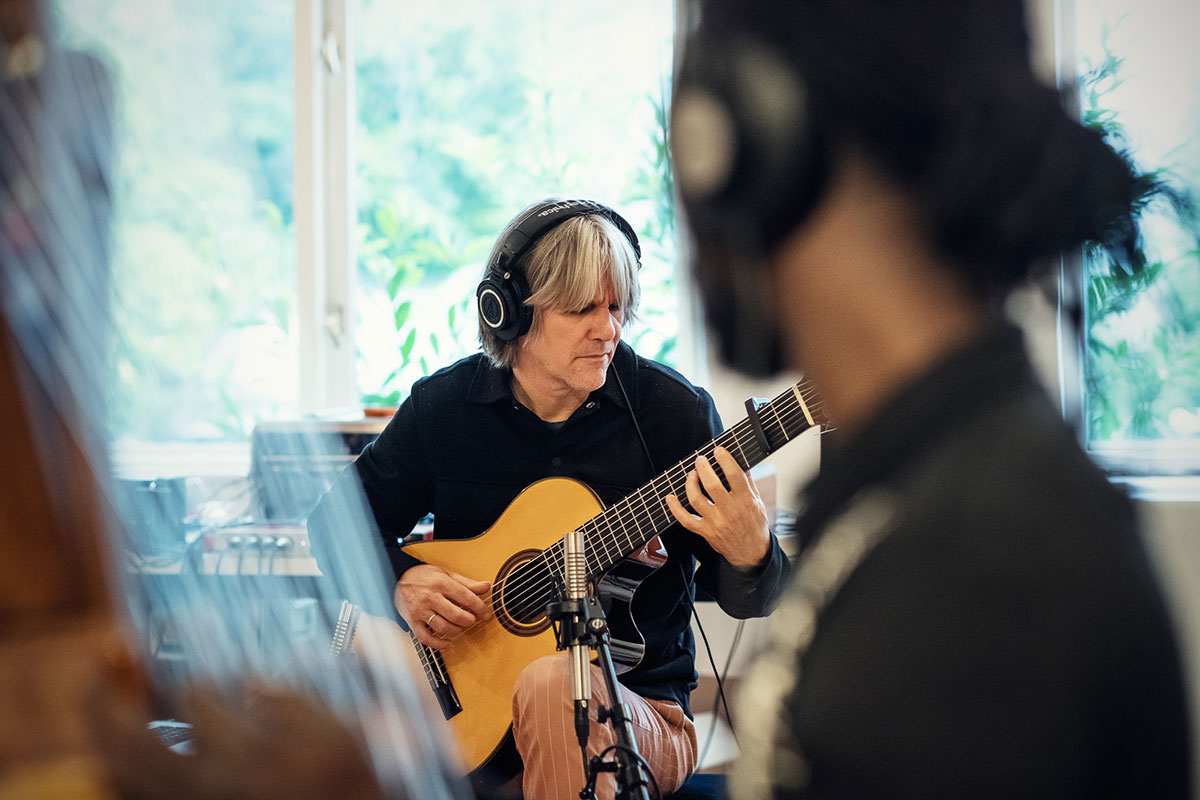 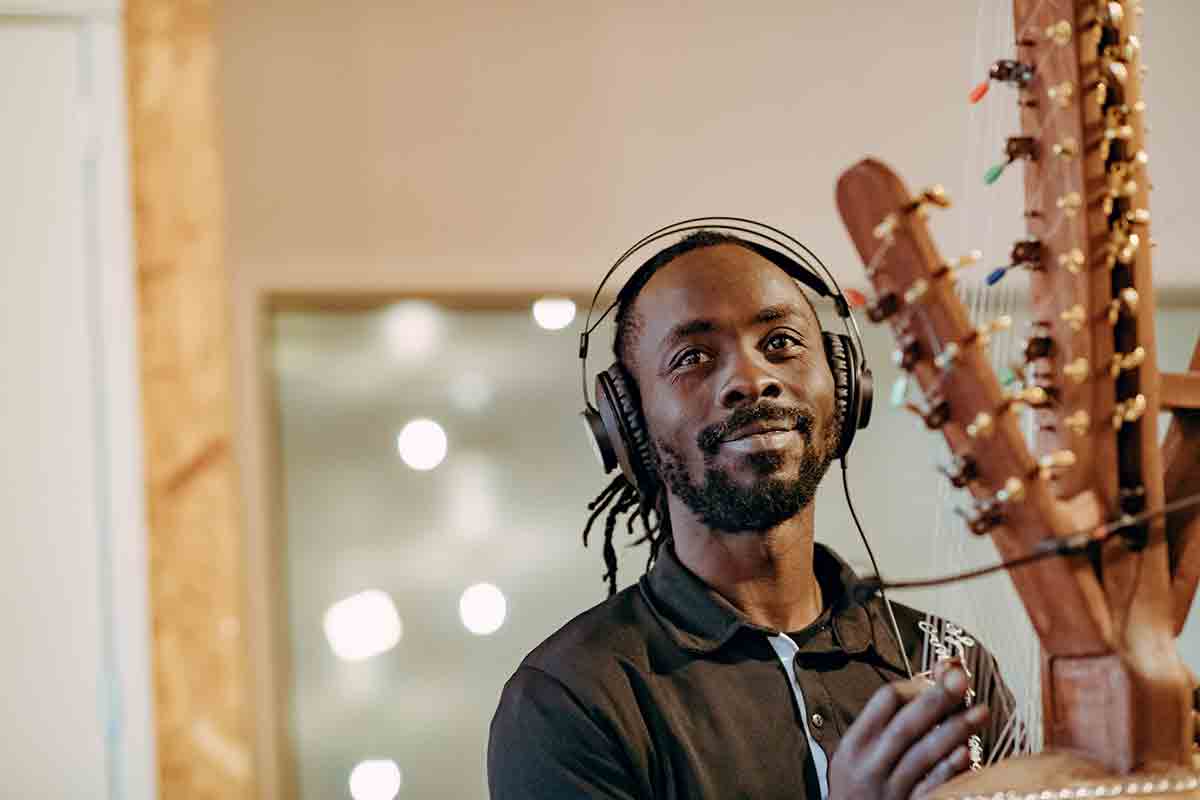 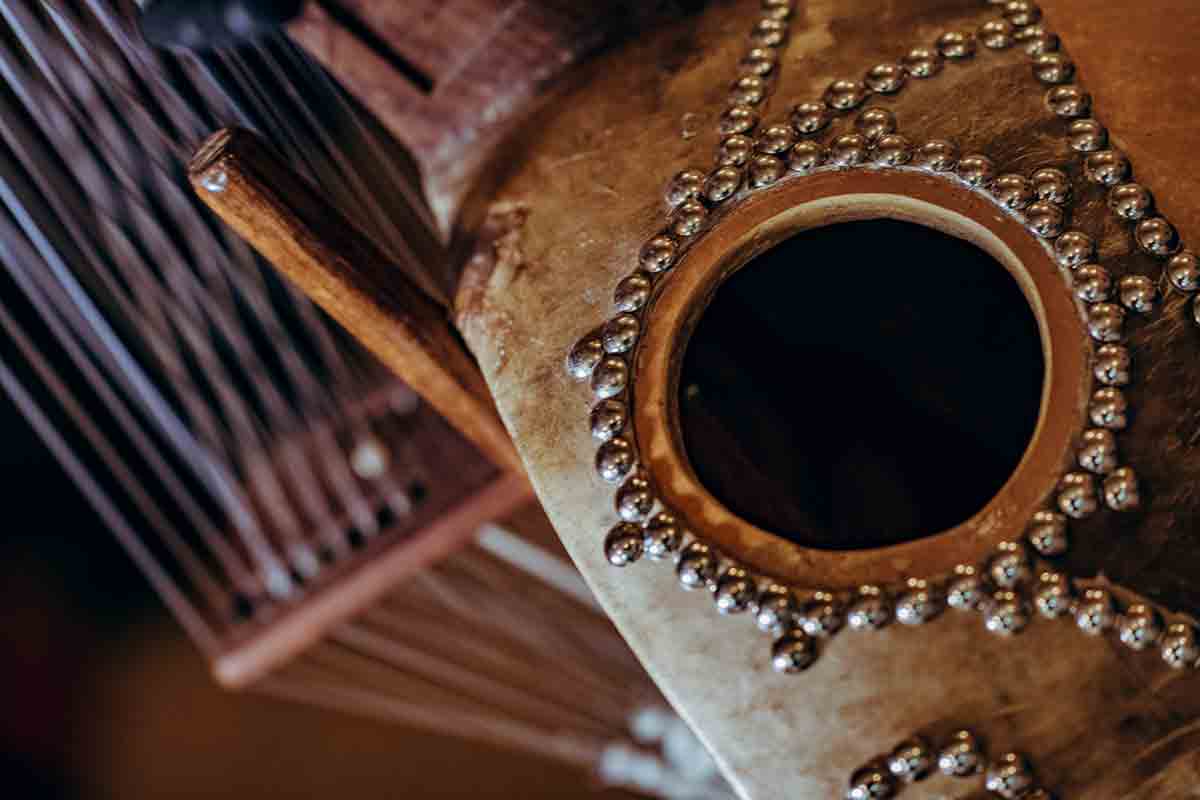 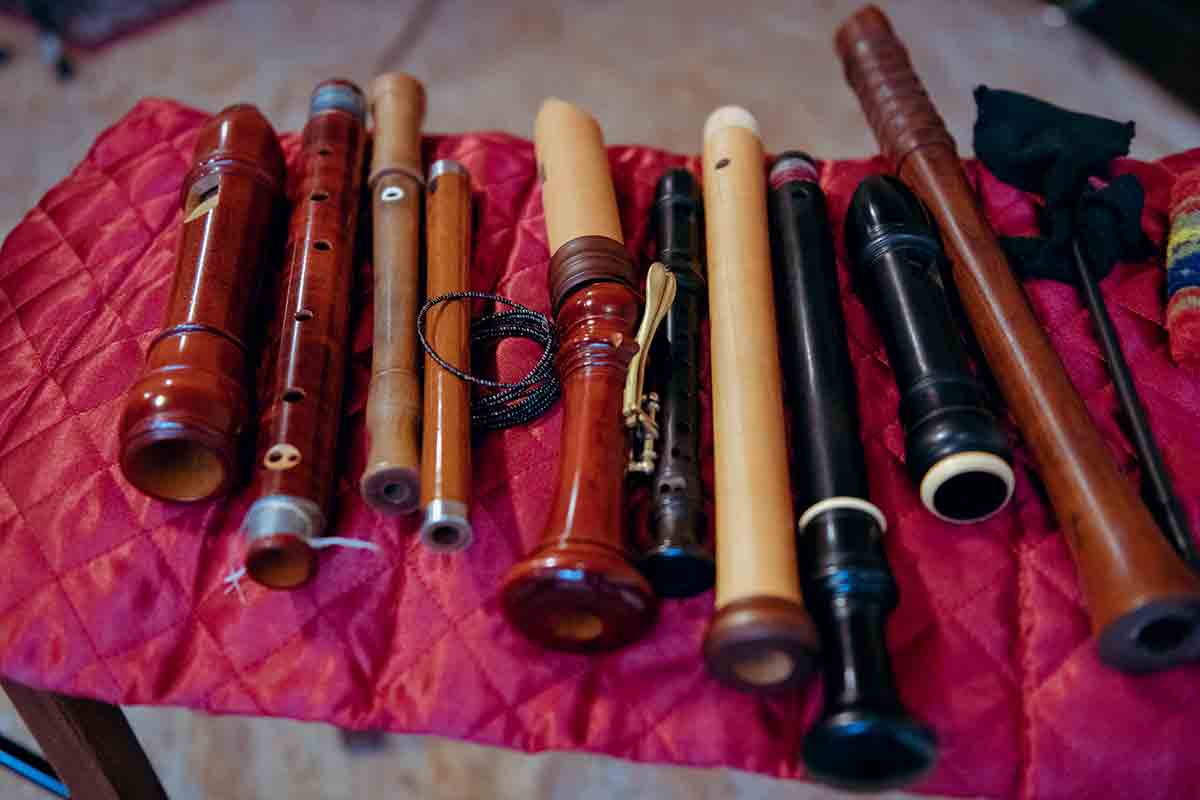 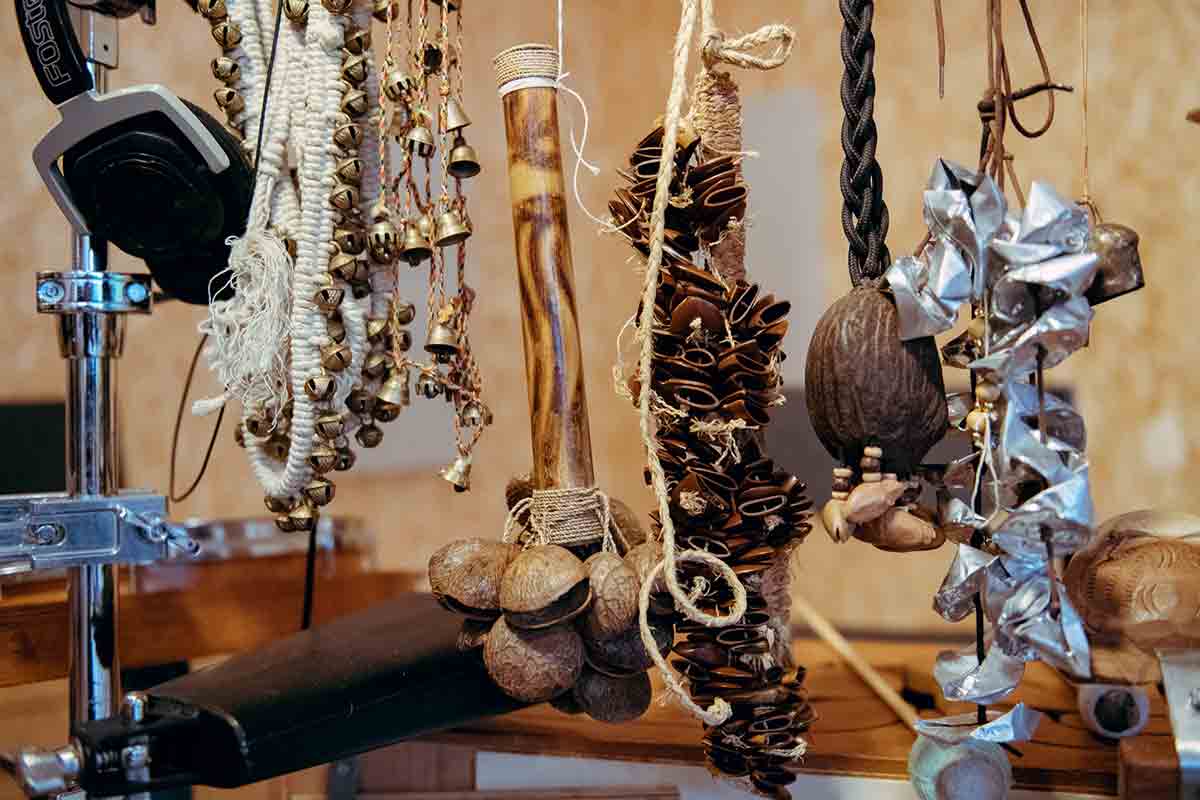 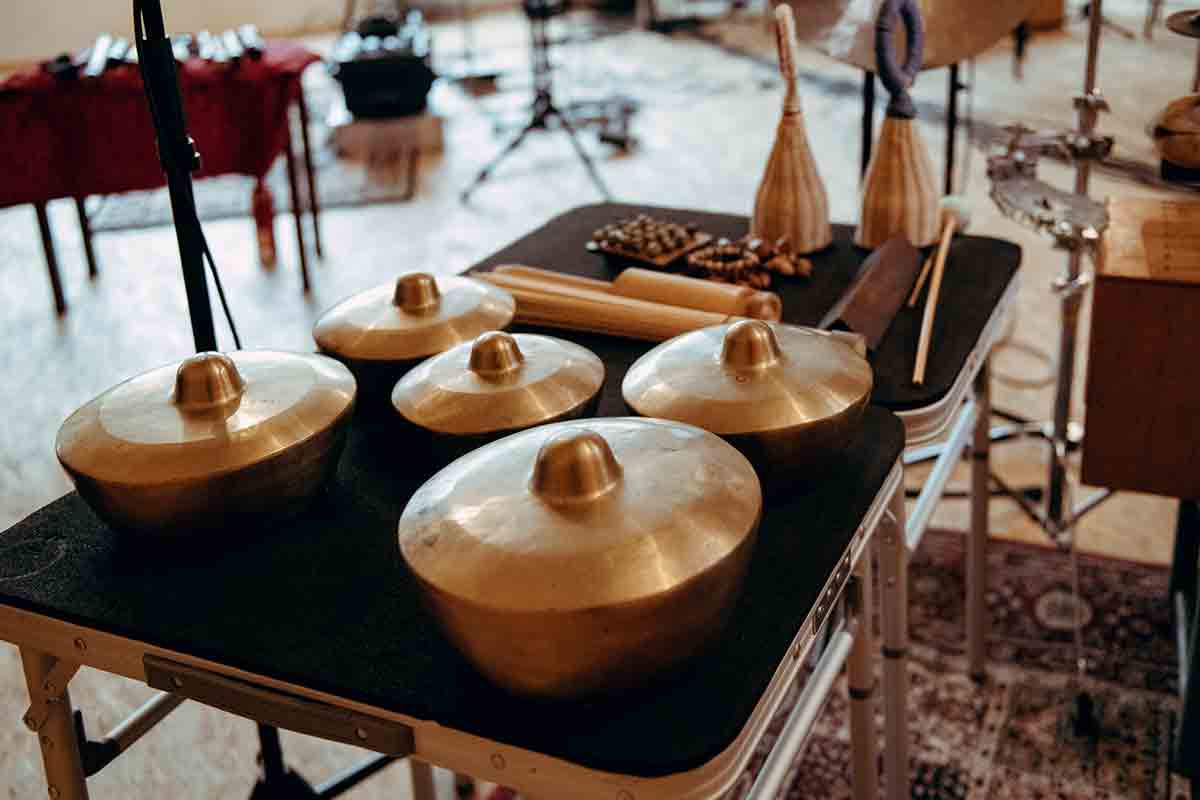 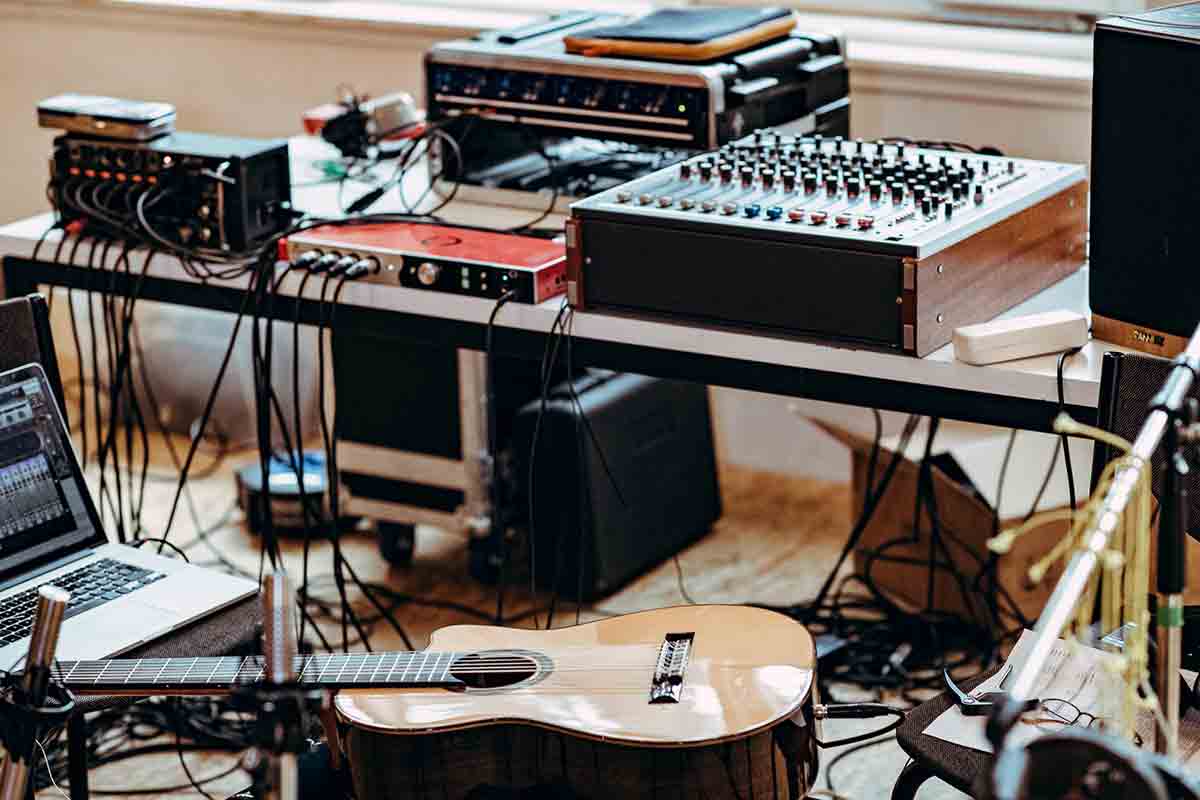 The realization of Storyteller is quite a story in itself. At the beginning of 2019 Monica and I played a series of concerts with our dear friend Zoumana Diarra on kora, in preparation for a recording session. The concerts went very well but Zou missed the chromatic kora he had built, and unfortunately also sold, some years before. Lots of our songs had parts needing notes that don’t exist on a traditionally tuned kora. Zou decided that he wanted to build another chromatic kora. I wasn’t so keen on this idea because for me the beauty of the sound of the kora lies very much in its tuning. We were constantly discussing this. Early summer we found a solution and the very same day we bought wood and started building a new kora. The idea was to add extra strings crossing the other strings in such a way that the player could still play the instrument traditionally, and, by raising the hand a little bit, could also reach the extra strings.

The first attempt was a complete failure. Although the idea was fairly simple, we stumbled across some complications we hadn’t thought of. At the end of the summer we started all over again. This time we made all the calculations first. We even made a drawing. In February 2020 the new kora was ready. We decided that Zou would come and stay with us for two or three weeks at the end of March, so we could rehearse and record with the new kora. Corona intervened. The Netherlands went into lockdown in exactly this period. Zou went home and would never come back. His health deteriorated and at the end of July he passed away. We miss him terribly.

Keeping the promise we had made to Zou, we started looking for a new player for the instrument we had built together. We found him in Sekou Dioubate, a very talented kora player from Guinea. He took up the challenge of learning to play this new instrument and within two months had already played a concert with us.

In May 2020 we also started playing with Dodó Kis, a fantastic recorder player from Hungary. The sound of the recorders goes very well with voice and guitar. So here’s our new quartet for this project Storyteller – four musicians from different parts of the world, each with his or her own story within the music. We tell each other stories with sound. We have conversations, we even argue sometimes, but never without carefully listening and always with great respect for each other.

For this recording we asked Nippy Noya and Vernon Chatlein to add percussion to some of the tracks. As a composer I’m very happy how these wonderful musicians handled my compositions. They really brought them to life and made them flourish. I hope you enjoy listening to this work as much as we enjoyed making it. – Niels Brouwer